Midlife mind on the page…

This was written on leap day. I might add that it is still very cold for a Kansas Easter, about 30 degrees with wind chill. 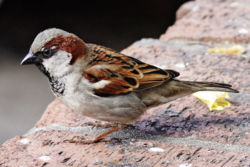 When I let the dogs out this morning, I heard a bird singing in the near-darkness. My heart leapt with joy at this first sound of spring. It’s still only late February, really, but it’s the first noise to break the still, steely grip that has been this terrible winter.

When I was a girl, we had deep snows on occasion, deep enough for Dad to tie the sled to the back of the pick-up and pull us through the fields. Looking back, the potential for tragedy was enormous, but at the time, nothing could be more exhilarating than flying over those fields at 20 mph. We had deep cold, and temperatures low enough that our breath was visible inside our unheated bedrooms, low enough so that ferny, lacy frost appeared on the inside of the windows, and a thin veneer of ice lay in the toilet bowl on particular mornings. We had ice storms: county-glazing tree-bending ice storms, often enough that my sister and I found our old Dodge Coronet in the ditch at least once a season, left behind for some passing farmer to pull out while we trudged on toward school, awaiting the neighbor that would surely drive by and pick us up. We lost power a lot, once for 10 days, so that we had to live in the kitchen with the gas oven to warm us and a kerosene lantern to read by. It was very “Laura Ingalls Wilder.”

Since I have become an adult, however, the winters here in Kansas have, by and large, been quite mild. An occasional snow before Christmas, but usually just cold and gray, with some scattered snow in January or February, deep enough to sled—if you were lucky—with a plastic toboggan, but runner sleds like our old Flyer were out of the question. One Christmas, as a poke at Jack Frost, who had apparently gone North for good, our Christmas photo pictured our daughter, then 2, all geared up and lying belly down, laughing, on her old Flyer sled. It was a vivid contrast to the green grass in our sunny backyard.

There have been occasional big snows, dangerous ice storms, and sustained cold snaps, but usually interspersed with multiple days over 45 or 50, sometimes higher, when we could all take a breather, shuck off our coats, and feel the sun on our faces. These brief respites were like manna to folks like me, who tend to take a serious nosedive when it becomes cold and gray. In fact, I’m sitting in front of my lightboxes right now, one on either side of my computer. I think they may have been what pulled me through the winter, ultimately, kept me from spiritual starvation this winter. In Wilder-speak, they’re the equivalent to an extra bag of potatoes in the root cellar during this month of the Hungry Moon, or a side of beef found buried in sawdust way at the back of the icehouse.

My desperation and hunger grew this winter, as we plunged into the deep cold round about Thanksgiving. My lower back started to spasm as if in protest, and continued to do so for a month, as the weather grew worse and snow and ice covered the ground. Calls from my parents, getting older and more frail, were daily and distressing in mid-December, during a huge storm that took out most of their trees and their power for 9 days. Roads were so treacherous and my back so tenuous that I couldn’t get to them, and we all had to rely on the good neighbors around them to help with wood, the generator, gas, and food.

My daughter moved home with her dog a couple of days after my birthday, in late December, and I confess, I felt every day of that year older as we attempted to cram another household into our modest bi-level. Back to 4 in the house, but now four adults—and two dogs—who had to come to a new agreement of living. The dogs fought, the sky snowed, and I sat in front of my lightboxes, praying for deliverance.

January brought more snow and cold, along with colds and sinus infections throughout the household. Physical therapy for my back was painful and I lived in mortal fear of falling on the ice and further injuring myself. Nearly every diversion I had planned for myself that month was cancelled due to weather conditions. Cabin fever set in, and I could relate to the Pioneer woman of Kansas who was found dead by her own hand one winter with a note next to her, “Can’t stand the wind anymore.”

February came, the month that to most is the shortest, but to those of us who are winter-intolerant, it is almost always the longest. Along with it came two colds, a severe nosebleed that landed me in the ER, and influenza. Here I am now, on February 29th, battered and beaten by winter with its cruel extra day, almost despairing of spring ever returning. And then like a benediction, that bird opened its throat and sang. And I knew that this ordeal was nearly over. I marveled at the audacity of the little bird. Arriving back in Kansas from points south in the still-deep chill of February, awakening before the sun, it sang its brave song. It could not know if another bird would be here waiting, head cocked, to answer. But still it sang, a song of hope for both of us; and a ray of light penetrated my heart.